Artificial magnets appeared in the 18th century, but the process of making higher magnetic materials was very slow, until the production of AlNiCo in the 1920s. Subsequently, ferrite was produced in 1948, rare earth magnet samarium cobalt was produced in the 1970s, and neodymium-iron-boron was born in 1986. This is by far the strongest magnet in the world, with various forms, including Block Neodymium Magnet. 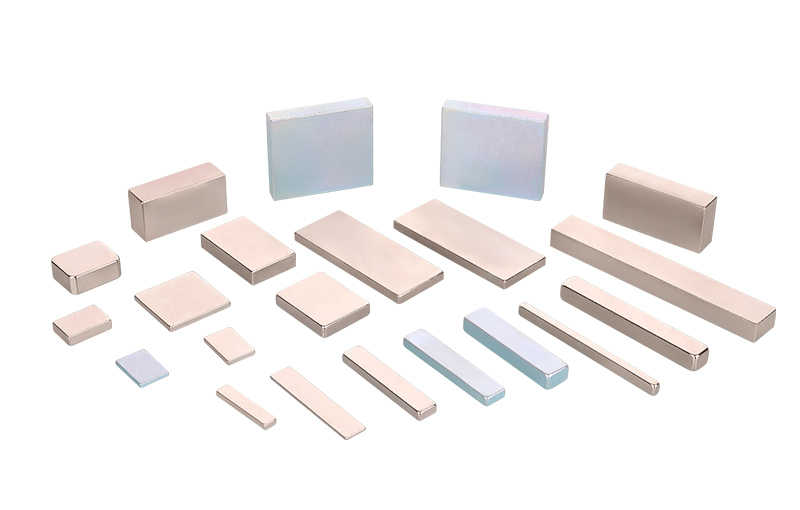 In the descaling and antiscaling profession of neodymium magnets, after the water is treated with high-strength magnetization of neodymium iron boron, the water molecule bonds are deformed at the same angle and length, and the hydrogen bond angle is reduced from 105 degrees to 103 degrees. A series of changes occurred in the nature of the fire, and the activity and ablation of water have greatly improved. The calcium carbonate in the water flatly differentiates into lower solid calcium bicarbonate during the cooking process, which is not easy to accumulate on the wall and is easily taken away by the water. The degree of polymerization of other water increases, and the melted solid materials make finer particles. After the particles are refined, the interval between the two ions is smaller, and it is not easy to condense on the wall, and then reach the descaling effect.

In the rare earth utility data industry, high-performance neodymium-iron-boron permanent magnet materials are mainly used, and high-performance neodymium-iron-boron permanent magnet data products are mainly used in high-end use markets such as new power and energy conservation and environmental protection, such as EPS, new power cars, and so on.

Neodymium magnet manufacturers have followed the automotive industry's technical innovations and human needs for energy conservation and environmental protection. Electric or hybrid vehicles with low energy consumption, low music, and low exhaust gas have become the goals everyone seeks. Bonded neodymium-iron-boron magnets have the advantages of high magnetic function, small size, and high efficiency. The efficiency of motors using neodymium-iron-boron magnets is 8-50% higher than that of conventional motors, the power consumption is reduced by more than 10%, and the volume and component can be increased by 30%. the above. Completion of the development of automobiles toward miniaturization, light weight, high functionality, energy saving and environmental protection.

As the third generation of rare earth permanent magnet materials, neodymium magnets have very high functions and are widely used. However, it should be noted that in order to prevent the damage caused by corrosion, the surface of the neodymium magnets needs to be protected during application. Electroplating, and epoxy coating on the surface.

What is the key to the success of neodymium magnets? We must know that in today's society, after thousands of years of development, today's magnets have become an indispensable functional material in our lives. By using advanced powder metallurgy technology to make alloys with different materials, it can achieve and exceed the effect of magnetite, and can also improve the magnetic force to the maximum extent.

The above are the applications of Powerful Neodymium Magnets introduced by Magnetic Chamfer Strip Manufacturer.