In 1983, the third generation of neodymium-iron-boron Na-Fe-B was released. Its magnetic field strength is more than ten times that of ordinary magnets, and its service life is more than ten years. It is the highest permanent energy product (MGOE) ever found by human society. Magnetic materials, known as "permanent magnet king". There are many new installations, such as Segment Neodymium Magnet, block neodymium magnets, etc. It is widely used in high-tech fields such as national defense, aerospace technology, microwave, communications, electronics, and medical care.

Magnetic force is one of the four basic forces in the natural world, and the compass, one of the four great inventions in ancient China, is an example of clever use of magnetic force. Li Shizhen, a medical doctor of the Ming Dynasty, has discovered that magnetically treated water has the effects of "removing fistula, growing skin", "long drinking is good for drinking, suitable for drinking," and "aphrodisiac" as early as five hundred years ago. Be fit and treat many diseases. However, the magnetic data used by the ancients was a naturally occurring natural magnet, magnetite. Its magnetic properties are very low compared to modern synthetic magnetic data. 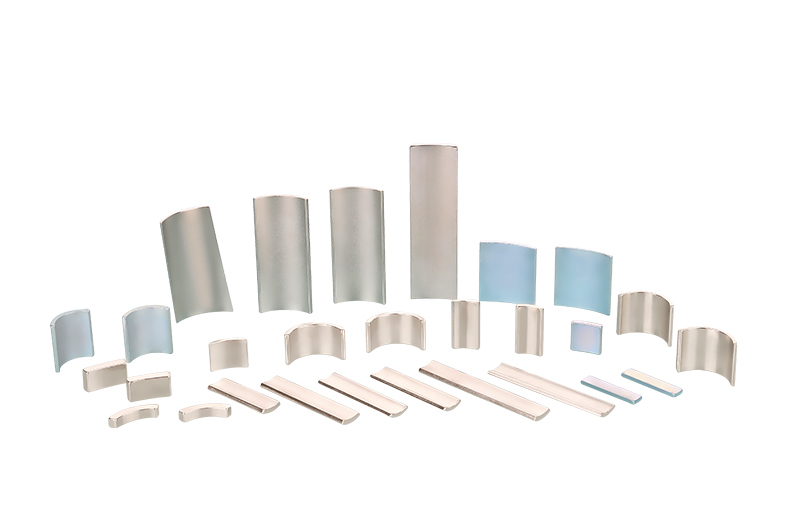 After the neodymium magnet has been placed for a period of time, it will appear mottled in white or other colors in the future, and gradually develop into rusty spots. Usually, under normal circumstances, the plating magnet plating layer is not easy to show rusty spots. What is the reason for the rusty spots? The next Segment Neodymium Magnet Manufacturer will come to tell you.

There are usually the following situations:

1. The magnet is stored in a humid place with poor air circulation and a change in temperature difference;

2. The dust on the surface of the magnet before plating is not well cleaned;

3. The plating time is not good or the process may be a problem;

In places that are too humid and have poor air flow; when the temperature difference is changed greatly, even the products that pass the salt spray test may be rusty when stored in a harsh environment for a long time. When the electroplated products are stored in a harsh environment, the base layer further reacts with the condensed water, which will reduce the binding force between the base layer and the plating layer. In severe cases, the base part will be powdered, and the skin will naturally peel. Electroplated goods should not be placed in a high humidity place for a long time. They should be placed in a cool, dry place.

In addition, Neodymium Magnets also has the function of descaling and antiscaling. After the water is treated with a neodymium magnet, the deformation of the viewpoint and length of the water molecular bond occurs at the same time, and the hydrogen bond angle is reduced from 105 degrees to about 103 degrees, which causes a series of changes in the physical and chemical properties of water. The activity and solubility of water are greatly improved. During the cooking process, the calcium carbonate is differentiated into relatively soft calcium bicarbonate, which is not easy to accumulate on the wall and is easily taken away by water. In addition, the degree of polymerization of water improves, and the dissolved solid matter becomes finer particles. After the particles are refined, the interval between the two ions is small, and it is not easy to condense on the wall, and then achieves the effect of descaling.