How Powerful is a Neodymium Magnet?

Magnets are one of the most common objects in real life. Magnets have a wide range of applications. It can be used in industry, manufacturing and electronic products. Even the whole earth can be understood as a giant magnet. The geomagnetic North Pole is the earth's South Pole, and the geomagnetic South Pole is the North Pole, while the magnetic poles of the same name are repelled while the magnetic poles of different names are attracted. Magnets can be divided into two categories, namely "permanent magnets" and "non-permanent magnets", and permanent magnets can be natural ores or man-made magnets.

The magnet was not invented by man, but by natural magnetite. The ancient Greeks and Chinese discovered magnetic minerals with natural magnetism. This kind of rock is very easy to attract small stones like magic, and always pointing in a fixed direction. Later, people used magnets in navigation and developed the "compass" in ancient China. Later, this invention has become one of the four great inventions of ancient China, and has been transmitted to today. 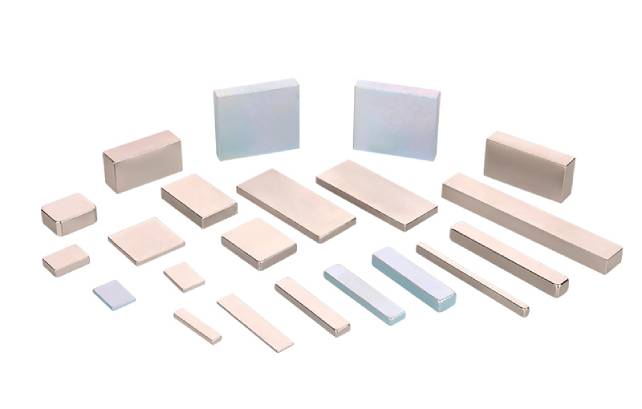 Neodymium Magnets are currently the most powerful magnets in the unknown commercial world. It is called the King of magnets. It has more than 10 times the magnetic energy of ferrite and can support more than 640 times its own weight. It is extremely powerful, and scientists used several experiments to test how powerful neodymium magnets are.

The content of the experiment is very simple. Two magnets with opposite poles were placed on either side, and objects were placed in the middle to test the female's strength. When scientists placed a can of coke between two magnets, the moment the magnet was pushed in, the tube was crushed by a powerful force, scattering coke all over the place. Later, the scientists experimented with an apple. Unexpectedly, compared with previous experiments, the apples were squeezed and distorted a bit by neodymium magnets, causing the whole apple to collapse and separate.

The scientists explained that neodymium magnets can crush tons of objects, and if the experiments were conducted on humans instead of apples, they would probably crush even human bones.

The above is the Neodymium Magnet Manufacturer introduced the functions of neodymium magnet.