As one of the most important application fields of rare earth materials, NdFeB material is one of the important basic materials supporting modern electronic information industry and is closely related to people's lives. With the popularization of communication equipment such as computers, mobile phones, car phones, and the rapid development of energy-saving vehicles, the world's demand for high-performance rare earth permanent magnet materials has grown rapidly. NdFeB magnets are currently found to have the highest commercial performance magnets and are known as magnetic kings.

In contrast, China "although it has abundant materials that are indispensable when manufacturing neodymium magnets, it cannot produce beautiful products." Therefore, China has revealed the exchange conditions of "as long as we set up factories in China and teach us the manufacturing technology, we can supply a large number of raw materials." One of the specific policies is to restrict exports.

Neodymium magnets are currently the most commercially available magnets and can be said to be the "magnet king" in the magnet world. It has extremely high magnetic properties, and its maximum magnetic energy product (BHmax) is more than 10 times higher than that of permanent magnet ferrite.

It is known from the Segment Neodymium Magnet Supplier that the mechanical processing performance of the neodymium magnet itself is also quite good: the working temperature can reach up to 200 degrees Celsius. And its texture is hard, its performance is stable, and it has a good price-performance ratio, so its application is extremely wide. But because of its strong chemical activity, it must be coated on its surface (such as Zn, Ni plating, electrophoresis, passivation, etc.). 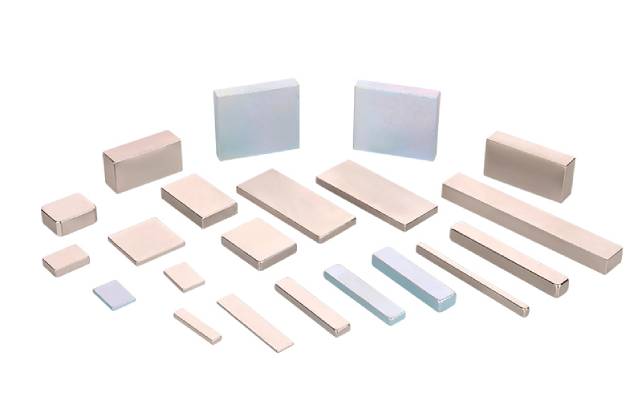 This magnet material was introduced by Sumitomo Special Metals in 1984 and is the strongest magnet on the market. Prior to this, the strongest magnets were SmCo magnets developed in Europe and America. Both magnets are now used as components for small engines or speakers. The reason why many machines can be miniaturized is also due to the small and powerful magnets. This magnet has various shapes such as Segment Neodymium Magnet, Rod Neodymium Magnet, block neodymium magnet and so on.