Uses of Magnets of Different Shapes

Sintered NdFeB magnets, as a new generation of magnets with higher performance and stronger magnetic force, must be very familiar to everyone. So, in neodymium magnets, what are the differences between magnets of various shapes? Today, Neodymium Magnet Suppliers will introduce the differences and uses of magnets of different shapes.

The magnetic force of the Bar Neodymium Magnet is mainly at the two ends of the magnet, and the two sides of the magnet are weak. This type of magnet is the most common shape in our daily life and the most used shape in industrial production, such as the magnetic stickers of refrigerator doors, and linear motors . Normally, according to the design, the square bar magnet can be inserted into the motor to be fixed around the stator to provide a magnetic field. 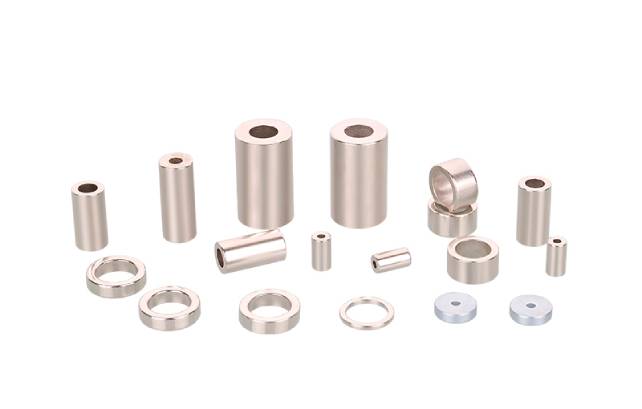 The horseshoe magnet is a representative U-shaped magnet. The U shape makes the magnetic poles point in the same direction, making the magnet stronger. Originally as a substitute for bar magnets, this shape has become a universal symbol for magnets. Magnets of this shape are mostly used in point magnets. A conductive winding that matches its power is wound on the outside of the iron core. This current-carrying coil has magnetism like a magnet, and it is also called an electromagnet. We usually make it into a strip or hoof shape to make the iron core easier to magnetize. In addition, in order to demagnetize the electromagnet immediately after power failure, we often use soft iron or silicon steel materials that demagnetize faster. Such an electromagnet has magnetism when it is energized, and the magnetism disappears after the power is off. Electromagnets are extremely widely used in our daily lives. Because of its invention, the power of generators has been greatly improved.

This type of magnet is similar to a round magnet, except that the thickness is greater than the length of the diameter. It is usually radial magnetization. Of course, according to different designs and requirements, it can also be axial. It is suitable for magnetic toys, some sensors and medical detection equipment.

Ring magnets have a wide range of uses. They are not only used in conventional electronic and electroacoustic products and motor products. At the same time, the designer will also design the pole direction of the magnet as a radial magnetic ring to replace the motor magnetic field composed of multiple sets of tiles. . Compared with a motor composed of multiple sets of tiles, a motor composed of a single radiating magnetic ring has lower cost and better performance.

Having introduced so much, do you have a general understanding of magnets of various shapes? The company also provides Rare Earth Magnets, if you have any needs, you can contact us at any time