Why Is The Rust Magnet Appearing?

The Neodymium Magnets is also called a neodymium iron boron magnet. It is a tetragonal crystal formed of neodymium, iron, and boron (Nd2Fe14B). It is the magnet with the highest commercial performance. It is called magnetic king and has extremely high magnetic properties. Its maximum magnetic energy product is more than 10 times higher than that of ferrite. This magnet is the permanent magnet that is second only to absolute zero-degree neodymium magnets and is the most commonly used rare earth magnet. NdFeB magnets are widely used in electronic products such as hard disks, mobile phones, earphones, and battery-powered tools. Its mechanical processing performance is also quite good. Operating temperatures up to 200 degrees Celsius. Moreover, its texture is hard, its performance is stable, and it has a good cost performance, so its application is extremely extensive. However, because of its strong chemical activity, it must be treated with a surface coating. (such as Zn, Ni, electrophoresis, passivation, etc.).

The magnet was introduced by Sumitomo Special Metals in 1984 and is the strongest magnet on the market. The strongest magnet before this was a samarium-cobalt magnet developed in Europe and America. Both magnets are now used as parts for small engines or speakers. The reason why many machines can be miniaturized can be said to benefit from a small and powerful magnet. 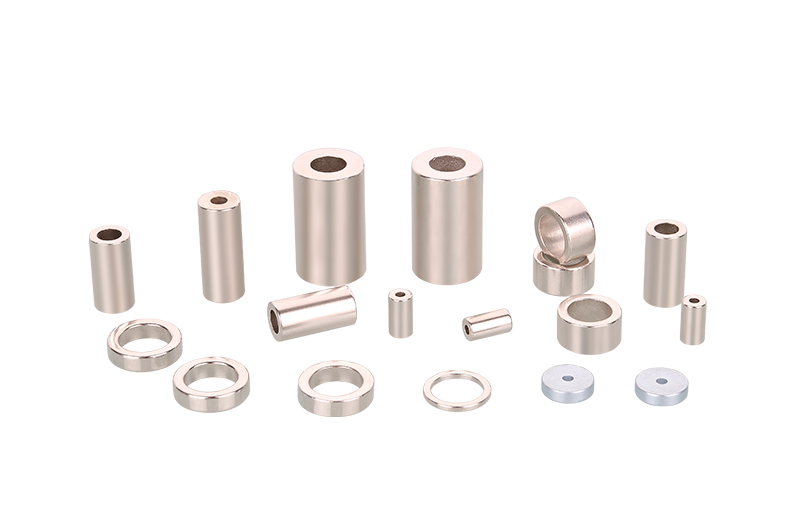 Then sometimes we will find rust magnets appear, why is this? The Neodymium Bar Magnets Manufacturer will come to tell you.

For electroplated products with qualified neodymium magnets, under normal conditions, there should be no rust on the surface of the electroplated coating of the magnet. NdFeB magnets should avoid the following storage methods. Under normal circumstances, the plating of electroplated magnets is less prone to rust spots, and there are generally several reasons for rust spots:

1. The magnet is placed in a humid place, where the atmosphere is smooth and fluent, and the temperature difference is fine;

2. The dirt of the contour of the magnet before plating is not well cleaned;

3. The time of plating may not be enough. Maybe the title of the process flow;

4. The magnet of the magnet is damaged by the broken package seal.

In places that are too humid and have poor air circulation; when the temperature difference changes greatly, even if the salt spray test product is stored in a harsh environment for a long time, rust spots may occur. When the electroplating product is stored in a harsh environment, the base layer further reacts with the condensed water, which causes the adhesion between the base layer and the plating layer to decrease, and in the severe case, the base layer is partially pulverized, thereby naturally peeling. Electroplated products should not be placed in high humidity for long periods of time and should be placed in a cool, dry place.

The above is the reason for the rust on the purlin magnet, I hope to help everyone, and if you are interested in the purlin magnet, you can contact us, we can provide you with a strong magnetic magnet, as well as Precast Concrete Magnet, welcome your arrival.

PreviousWhat Should I Pay Attention To When Using A Magnet?
NextExplain The Production Process Of Neodymium Magnet