Hall effect sensor or Hall effect transducer is an integrated sensor based on Hall effect and composed of Hall element and its auxiliary circuit. Hall sensor is widely used in industrial production, transportation and daily life. From the internal structure of the hall sensor, or in the process of use, you will find that the permanent magnet is an important working part. Why permanent magnets are required for Hall sensors? 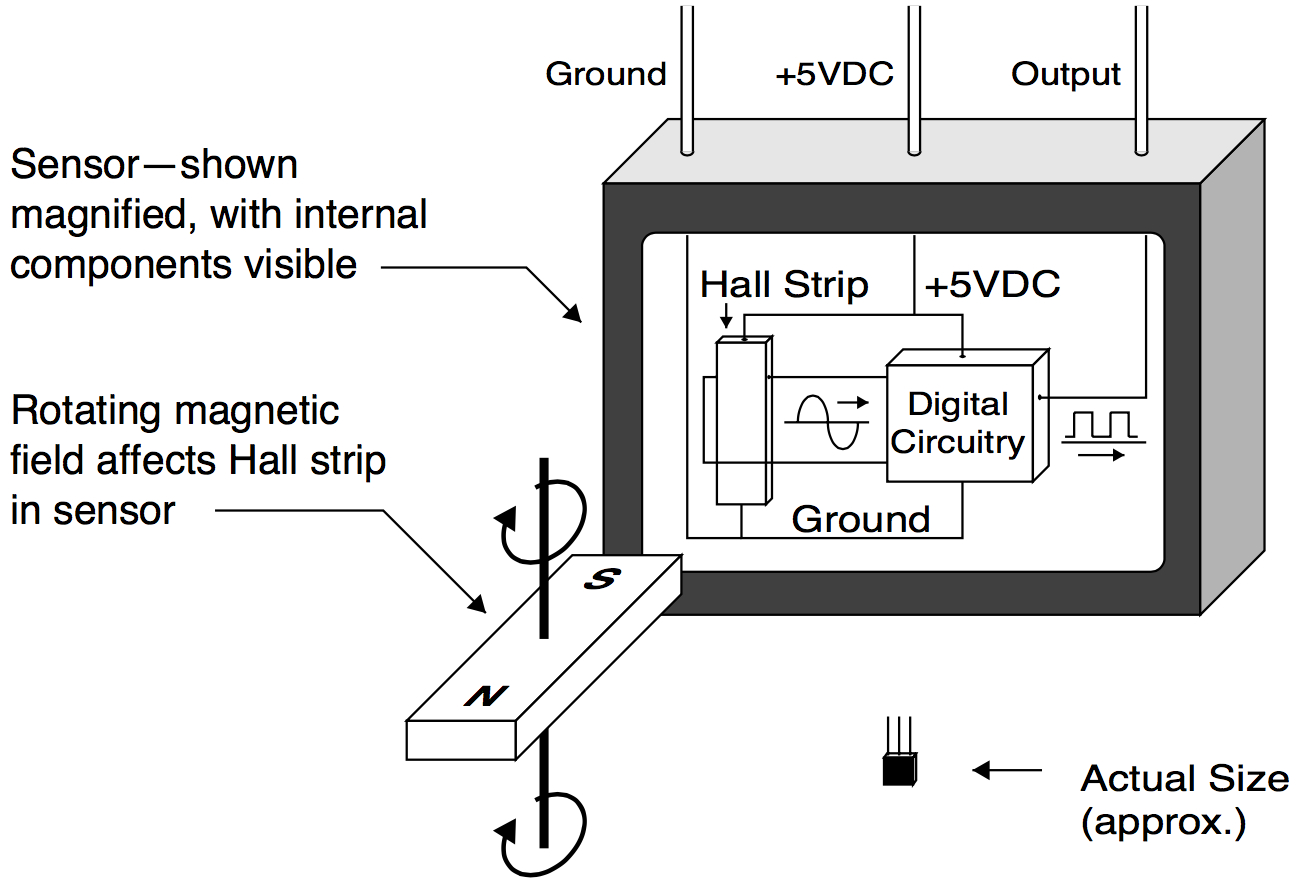 First of all, start from the working principle of Hall sensor, Hall Effect. Hall Effect is a kind of electromagnetic effect, which was discovered by American physicist Edwin Herbert Hall (1855-1938) in 1879 when studying the conductive mechanism of metals. When the current passes through the conductor perpendicular to the external magnetic field, the carrier deflects, and an additional electric field will be generated perpendicular to the direction of the current and magnetic field, resulting in a potential difference at both ends of the conductor. This phenomenon is Hall effect, which is also called Hall potential difference.

Hall effect is essentially the deflection of moving charged particles caused by Lorentz force in magnetic field. When charged particles (electrons or holes) are confined in solid materials, this deflection leads to the accumulation of positive and negative charges in the direction perpendicular to the current and magnetic field, thus forming an additional transverse electric field. 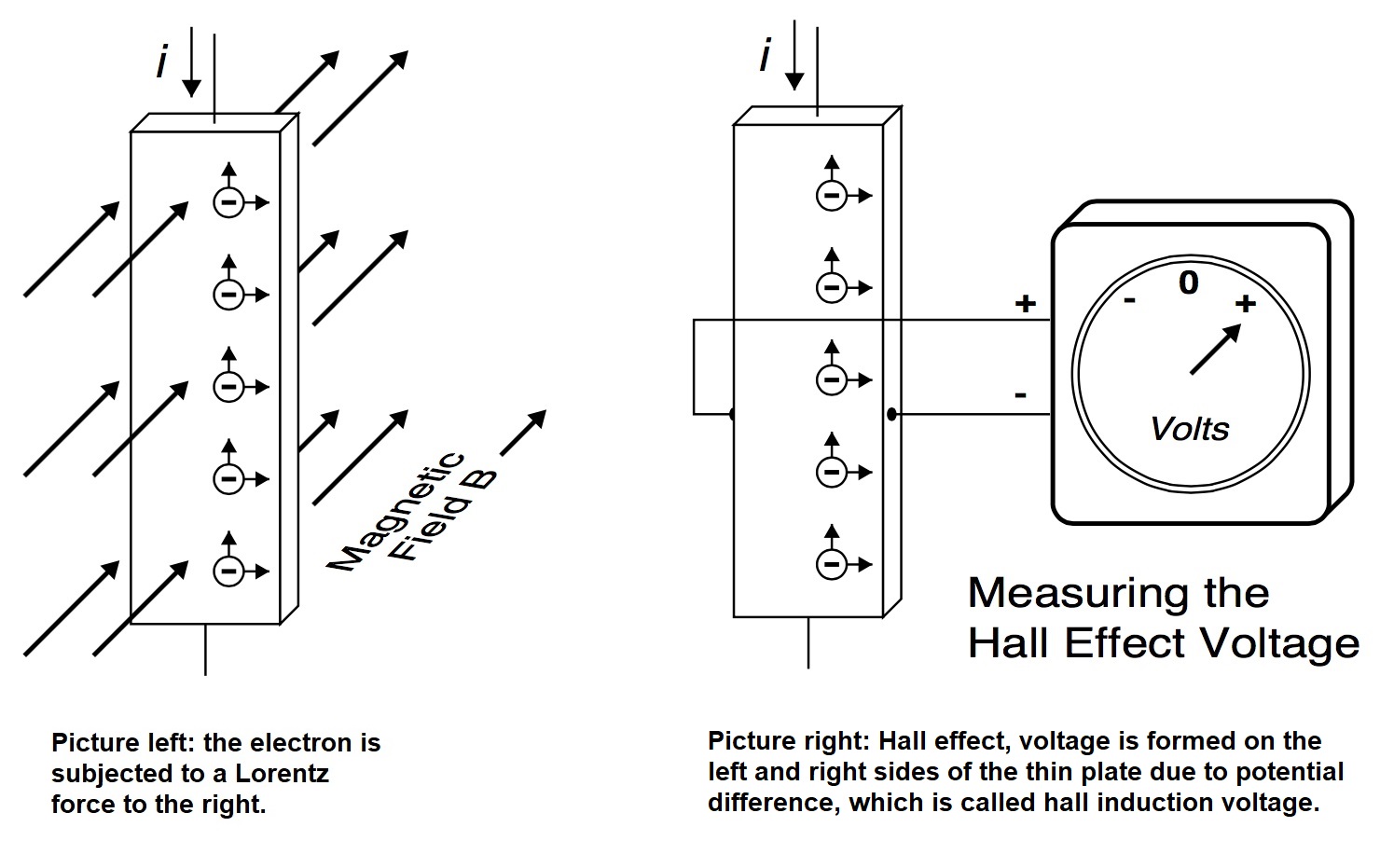 We know that when electrons move in a magnetic field, they will be affected by Lorentz force. As above, let's first look at the picture on the left. When the electron moves upward, the current generated by it moves downward. Well, let's use the left-hand rule, let the magnetic sensing line of magnetic field B (shot into the screen) penetrate into the palm of the hand, that is, the palm of the hand is outward, and point four fingers to the current direction, that is, four points down. Then, the direction of the thumb is the force direction of the electron. The electrons are forced to the right, so the charge in the thin plate will tilt to one side under the action of the external magnetic field. If the electron tilts to the right, a potential difference will be formed on the left and right sides. As shown in the figure on the right, if the voltmeter is connected to the left and right sides, the voltage will be detected. This is the basic principle of hall induction. The detected voltage is called hall induced voltage. If the external magnetic field is removed, the Hall voltage disappears. If represented by an image, Hall effect is like the following figure: 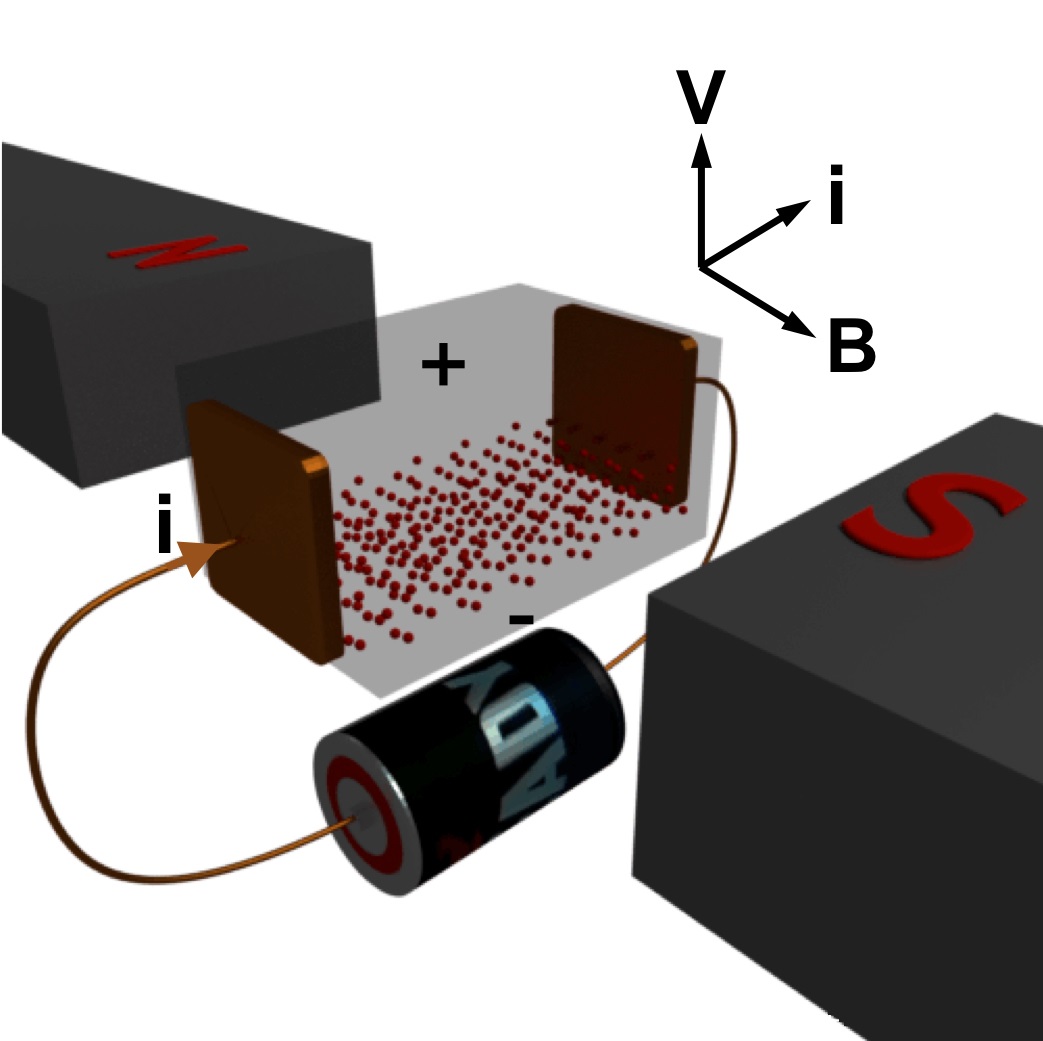 i: current direction, B: direction of the external magnetic field, V: Hall voltage, and the small dots in the box can be regarded as electrons.

From the working principle of Hall sensor, it can be found that Hall effect sensor is an active sensor, which must require external power supply and magnetic field to work. Considering the requirements of small volume, light weight, low power consumption and convenient use in the application of the sensor, a simple permanent magnet rather than a complex electromagnet is used to supply the external magnetic field. Moreover, in the main four types of permanent magnets, SmCo and NdFeB rare earth magnets have the advantages like high magnetic properties and stable working stability, which can enable high performance Hall effect transducer or sensor to reach accuracy, sensitivity, and reliable measurements. Therefore NdFeB and SmCo use more as Hall effect transducer magnets.